The War on Waste: Amsterdam on the Path to Circular Economy.

Amsterdam’s vision for 2025 incorporates Circular Economy as one of the five themes that are crucial for the future welfare andprosperity of the Amsterdam Metropolitan Region (AMR). According to the vision, there’s an all-out war against waste proclaimed within the... 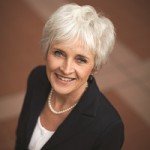 Amsterdam’s vision for 2025 incorporates Circular Economy as one of the five themes that are crucial for the future welfare andprosperity of the Amsterdam Metropolitan Region (AMR). According to the vision, there’s an all-out war against waste proclaimed within the limits of AMR. In case everything goes correctly, in ten years from now the region will be the frontrunner of Circular Economy, thriving on continuous reuse and recycle of resources. How this will happen exactly is explained by Prof. Dr. Jacqueline Cramer, Strategic Advisor of the Utrecht Sustainability Institute and a member of the Amsterdam Economic Board (the Board) in charge of Circular Economy.

How do you understand the concept of Circular Economy?

When you talk about Sustainability in general, there are two major challenges: climate change and resource efficiency. In the context of resources, we have a problem of disposing of them far too early. For me, personally, the Circular Economy is the economic system based on the reuse of products and raw materials, and the restorative capacity of natural resources. This means that the idea of the bio-based economy should be included here as well.

What are the factors behind our goal to make a transition from a linear to a circular way of organizing our economic activities?

First of all, there are major challenges in terms of sustainability right now. Especially in the European Union and The Netherlands, we are very dependent on the import of all kinds of resources. In terms of or our own security, which is tightly connected to the supply of raw materials, it is better when we are less dependent on the rest of the world. It is better to keep using the same materials and products we currently have. This is very important. But there are also positive reasons for us to live in the Circular Economy, because it promises many opportunities, social and ecological. Many studies were made regarding the economic benefits of this transition. In The Netherlands, there’s a potential to save seven billion euros if we start producing and consuming in a circular way. There is a profitable business case for the Circular Economy, which means that you can create new employment and promote innovation. It is not a threatening story, but a promising one.

Generally speaking, is such transition possible at all? 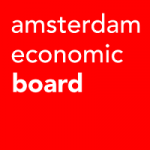 Oh yeah, and we are in the middle of it already. We have a lot of experience in making a transition from linear to circular. It stems from the 1970s, when we were confronted with the soil pollution that happened because we were dumping the waste in the landfills, dangerous chemical waste as well. This was causing a trouble not only for us in The Netherlands but for the neighboring countries too. Then, we set up a program to move from burying in the landfills to incineration, when it turned out that incinerating can also cause a lot of pollution.

In the late 1980s, we figured that in order to avoid all that we needed to start recycling. Since then, we have built up a lot of experience in recycling and have developed new recycling techniques. In the 1990s, we started programs focusing on eco-design the Cradle-to-Cradle concept. We are not starting from scratch right now, that’s what I mean to say.

*This text constitutes a part of the original interview published on www.nrgm.nl. We are reproducing it with the permission of the publication. 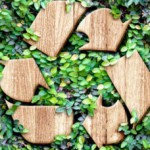