Mark Landenberger (IBM): “The use of technology as an enabler for innovation is essential”

Smarter cities of all sizes are capitalizing on new technologies and insights to transform their systems, operations and service delivery. Mark Landenberger, Business Development Executive Smarter Cities, IBM) shares his vision regarding the future of Smart cities.     What is a Smart City in your opinion, and what city... 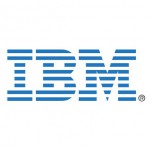 Smarter cities of all sizes are capitalizing on new technologies and insights to transform their systems, operations and service delivery.
Mark Landenberger, Business Development Executive Smarter Cities, IBM) shares his vision regarding the future of Smart cities.

A smart city is a city that addresses todays and tomorrows challenges as opportunities to improve the overall welfare of its citizens. This means e.g. tackling aging population and healthcare, progressing in times of declining budgets and increasing threats,  providing a state of the art infrastructure, physically and digitally, solving environmental and logistical problems, facing public safety concerns as much as embracing culture, arts, diversity and succeeding in creating local and international attention to its progress and by that growing its economic attractiveness. And in all these areas the use of technology as an enabler for innovation is essential, every smart city leader understands this and differentiates themselves from others by using technology and adapting it to solve these challenges.
As you can see a smart city is comprised of many areas where it can and should smarten up. As such there is no single “best” Smart City in the World, as many cities start becoming smarter in one or more of these areas.

How do you see the (smart city) developments within the Netherlands and Europe?

In the Netherlands the smart city movement has gained a lot of momentum throughout the last couple of years, and that is positive. Cities like Eindhoven, Amsterdam and Rotterdam have already deployed actual smarter city projects ranging from mobility to public safety and environmental innovations. However the competition in Europe around Smarter Cities is fierce. Large metropoles like Stockholm, Barcelona, London are heavily engaged in making their cities smarter. But also smaller communities like Bari, Malaga and Porto are moving ahead fast.

What do you think is the biggest challenge to develop a successful Smart City project?

There are two big challenges that every smart city project faces :
1) The issues at hand and therefore the projects that should solve them are complex. No single party can do them alone. As such the by far largest challenge is to get all the right parties around the table and commit to a joint success.
2) All this happens within a time of declining budgets, and smarter city projects do not automatically bring with them a business model that makes it interesting for all essential parties to join. We need new business and collaboration models so that we can a) solve the issue at hand b) answer the publics call for help and c) make it interesting for businesses.

Cooperation between private and public sector are very important in creating smart cities. How can cities attract private partners and convince them to invest?

What is the most important success factor in involving citizens in a Smart City project?

As I stated in my opening comments, in the end everything that is done in a smarter city environment/project is to create better welfare for the citizens. And as such citizens need to be involved more in the decision making around smarter city projects as they used to. Cities like e.g. Amsterdam have rolled out many pilot projects where citizens are directly involved either in a living lab, as part of the decision/selection process or even as early adopters for new solutions. We need to move, and quickly, from the triple helix model (Public, private, Research) to the quadruple helix model (triple + citizen). As the world becomes smaller, citizens become more mobile it is in the interest of all, not the least the public offices to keep the citizens involved and stay in their city.

What about the future? What kind of smart cities we will have in 2023?

We think that there are three certainties for the future
1) the largest part of the earth’s population will be living in cities in the future and with that it is certain that cities will face the largest challenges
2) cities are already waking up and starting to get smarter, and we will see that grow every year from now on. Be it public safety, transportation, environmental qualities, water&energy, economic growth factors, healt&wellbeing. All these topics will see some major innovation and solutions in real life
3) Technology is the essential enabler for the solutions of the future. And most of it will be directly linked to analyzing big data volumes, which again hinges on a solid modern digital infrastructure.