How Tel Aviv won the smart city award, without even knowing it is one? 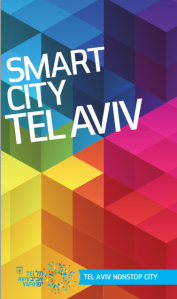 Did you know Tel Aviv is a smart city? It seems that even in the Tel Aviv municipality it was not known, until recently, with the international recognition the city has received, during the smart city expo in Barcelona.

Smart city expo in Barcelona, which took place for the 4th time in November, is one of the most important events for the smart city sector, and draws countries, cities, Technology companies, entrepreneurs, startups, experts and others, from all over the world, and brings together all stakeholders to meet, learn, share knowledge and ideas.

The city of Tel Aviv and the state of Israel have demonstrated an impressive presence, when the two pavilions were among the biggest in the expo, and were accompanied by the biggest foreign delegation of 150 visitors.

The Tel Aviv pavilion was all around one project, which has turned the city to one of the leading cities in the world in managing the city knowledge and the communication with the residents – DigiTel. The project which suffered difficult birth pangs, is managed by Zohar Sharon, Tel Aviv CKO, and Liora Shechter. Tel Aviv’s CIO, who together succeeded in turning an old fashioned municipality, in to one of the most advanced digitally, and to create a powerful in-organization communication, and more than that, to launch a resident card which knows to offer and inform any Tel Avivian  in what is relevant to him, and acts as an effective communication tool between the municipality and the residents of Tel Aviv.

Tel Aviv has no strategy for development as a smart city, and until recently didn’t even have a specific office of officer to lead and plan one. And still, the recognition Tel Aviv has received proves that cities, like Tel Aviv, which progress, develop and innovate, can find themselves being smart cities, without actually planning it, even if it’s only in specific subjects, and not as an overall strategy, and they can teach other cities how to promote such issues.

A “Smart City” without knowing

This is also good news for other cities which the combination of the words “Smart City” sounds distant, expensive and impossible, while if they will review their doing, they might discover that they already fit the definition of smart cities, and anyway, even a modest municipality can become a world class example.

If fact, only the preparations for the expo got Tel Aviv to review itself and check what can it presented in such an important event, to collect the information from the different departments, and to discover that the city can present a substantial doing in matters which fit the definition of smart cities – from free wifi in the streets, to innovation centers and the DigiTel.

The smart city award which Tel Aviv won is an important international recognition in the success of the city to transform itself and move to a new era of digital management within the municipality and the communication with the residents.

Another initiative which the city is managing very successfully is the Tel Aviv Cities Summit, which took place for the 6th time in September, under the title “Cracking the Innovation Code“.

The 7th edition of the large scale Smart & Safe City Event on 7 and 8 June offers smart and safe solutions for the city of the future. Meet 1,000 experts and colleagues: inspire each other and create new ideas. Learn from more than 30 practical cases and failures. Some topics: