Written by Vitor Pereira It's amazing how, in the space of half a dozen years, more or less in a visible way,  some current specialized or secondary issues have been mixed. Themes that don't open newscasts in prime time, but that are at the basis of much of what is...

It’s amazing how, in the space of half a dozen years, more or less in a visible way,  some current specialized or secondary issues have been mixed. Themes that don’t open newscasts in prime time, but that are at the basis of much of what is discussed, investigate and what works nowadays. 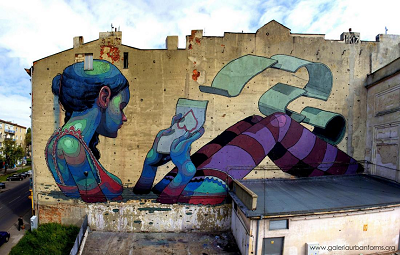 If 4 years ago, Google tools (geolocalization, directory, maps, etc.) were just that, technology and Internet, today they are much more than this. In fact, they are tourism and urban tools and utensils for the cities, they are points of innovation in mobile applications, backdrop for games and, in the end, they are relationship between citizens too.

Half a dozen years ago, the common barber shops had also too little to do with Smart Cities, in most of the world. Currently, they are references of modernity, innovation and creativity in big cities like London, New York, Paris, Berlin and Amsterdam. And why is that so? Why the “hair and beard” became a reference and a characteristic of urbanity? For the same reason that the now called Urban Art (or Street Art, commonly known, in the last century, by Graffiti) fits itself in the same creative artery of a youth once “irreverent”, “clandestine”, “radical” or “marginal”, and now “modern”, “avant-garde”, “creative”, “urban” and “cool”.

In this same concept also fit other signs once seen in a biased way, but now embraced, blessed and attractive such are the cases of piercings and tattoos.

The world really changed? Half a dozen years ago, talk about tourism was essentially talk only about hotels, beach and sun. Nowadays, we talk about many more things. For example, themes like Economy, Technology, Digital Marketing and Social Media. We talk about rural tourism and even local products.

Bad words or catchphrases? Well, they are only concepts, to which are added many others such as ‘Gamification’, ‘Geolocation’, ‘Augmented Reality’, ‘Storytelling’, etc. Thereby, we already have barber shops mixed with books and music; tattoo artists and graffiters who flood the social networks and the online, apart from the concrete walls themselves; technology and new ways of communicating and involving the citizens and the tourists. It’s a new world.

The cities’ world that begins to dominate the entire spectrum of communication and, as a consequence, of our lives. In the twinkling of an eye, the last few years mixed themes and concepts that we were not foreseen. For example, the Automobile industry mixed with the Broadband Networks’ industry and intermingled with the platforms for the distribution of TV channels. In turn, all of these are involved in the Internet of Things and in the Cloud, which in turn, integrate the cities and enrich the Smart City concept that already includes, in its turn, everything that has sensors and applications for smartphones.

And also fused with the Tourism because it is one of the sectors that already absorbed immense technology and all these concepts. The Travel sector as a sustainable form of economic development and as central theme in the discussion of the Cities of today and of tomorrow. 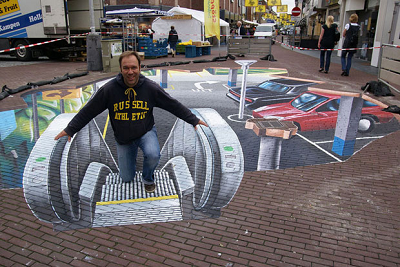 The Smart Travel is, undoubtedly, one of the boiling issues that are moving a significant part of researchers, innovators and entrepreneurs throughout the world. The ‘Smart Destinations’ are hand in glove with the ‘Smart Cities’. And it is expected, in the next December, the Northeast of Portugal, Trás-os-Montes & Alto Douro, become the center of attention of all these issues. And, above all, it is expected that the SMART TRAVEL 2014 event put into perspective, not only what many people know but, essentially, what many are still unaware. For example, the dramas of gentrification, the accentuated low demographic rates in peripheral regions, the abandonment of the countryside, the commercial massification and the mischaracterization of tourist destinations. One of the major signs of intelligence is to recognize the mistakes. This event will be the ideal stage to discuss and to reflect.  And there will be Graffiti, Tattoos, Hair and Beard too.

Smart Travel 2014 is an opportunity for the future

Associate the word Smart (intelligence) to the Northeast of Portugal is one of the main goals of the SMART TRAVEL.  This initiative born by the hand of two Local Action Groups (LAG), the coraNE – Association for the Development of the border regions Northeast Councils and the Desteque – Association for the Development of Terra Quente which, in recent years, have been responsible for the entry of millions of euros in the territory, assigned in good part, to the creation of new infrastructures in the area of tourism. The region prepared and equipped itself, have quality and it is necessary to show to those who have invested here, what tools are available to your disposal to succeed your business and the neighbor’s business because singly, it is not the correct mode to do the way to the development of a territory.

On 4 and 5 December, the Smart Travel will bring to the region, specialists and top-notch strategists, with the study, the research, the knowledge and the necessary experience so that the Northeast can learn and define, with coherence and safety, their journey toward progress.

This is a unique opportunity for the local tour operators since they can learn, find partnerships, operate in a network and gain scale and external projection.

This is also an opportunity for the operators in the sector, so that they can work in their daily routine in a more informed and secure manner. And, certainly, it is a huge opportunity for decisions-makers at various levels (from mayors to coordinators or directors of agencies with responsibility in the promotion of regional development).

The future goes through the concept “Smart”, the intelligence applied to the practical life of the citizens and it is urgent that those who plan, who coordinate and who decide, dominate this concept and know about the most appropriate tools and solutions for each situation. It is also necessary to draw local problems to the reflection, that are also global problems, look for new ideas, opinions, reflect with the aim of clarifying and work for the resolution of each problem. 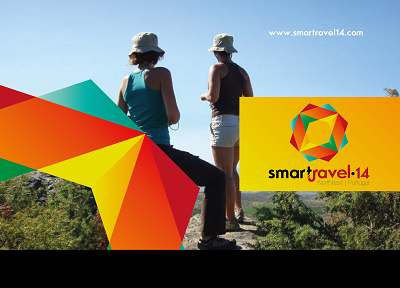 The Smart Travel will still show what in the territory can be valued, from a tourist’s perspective. Tourism is not only hospitality; eating and drinking. Tourism is much more. In fact, each particularity of the territory can be displayed and integrated in the tourist offer. The Smart Travel will bring the most important opinion makers, from the country and from abroad, to enable them to feel the beating of this territory. And these “visitors” will, of course, speak of the territory and, we are sure that they will find particularities that the region does not always value. It is also the opinion of these “authorities” in the assessment of the places that can grow the region and that can help to define the promotional strategy to follow.

The Smart Travel is open to everyone. Delegates from the region, country and from abroad. Connected to the travel, urban, creative, cultural and planning sectors, or just curious people. It is an open event, which intends to settle itself as a decisive milestone in the way that the region plans, organizes and promotes the huge tourist potential that it has.