Smarter Cities of the future will be more open, Social

Michael Dixon, General Manager, Smarter Cities, IBM “Dramatic increase in the ability of citizens to use smartphones and social computing is also starting to provide cities with rich source of insight and an additional channel for communication.” By 2030 the urban population on the planet is projected to reach almost... 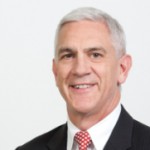 “Dramatic increase in the ability of citizens to use smartphones and social computing is also starting to provide cities with rich source of insight and an additional channel for communication.”

By 2030 the urban population on the planet is projected to reach almost 5 billion. This unprecedented growth gives rise to new challenges for city leaders seeking to grapple with long standing gnarly problems while encountering unprecedented complexity in new ones.
Emboldened by the levels of service they now take for granted from the private sector, people are demanding more from their cities. They are seeking a better quality of life through access to more and better services, at increasing levels of cost effectiveness.

Forward thinking city leaders are looking to embrace the opportunities enabled by technology to overcome the ever-widening range of these significant challenges. Big data and related analytics delivered from the cloud to highly mobile citizens using powerful social media means of communication are mandatory elements of meeting these challenges.
Decisions, historically based on education, experience and judgment are fast giving way to fact based, data driven decision making by cities and their leaders. Whether in transport, water, emergency, energy, building management, or in health, education, social and employment services, data generated by cities from multiple sources are providing leaders with valuable insights and decision choices

Recently, IBM hosted a Mayors breakfast dialogue for leaders around the world at the World Cities Summit in Singapore. One common theme that emerged from the discussions is that city leaders are looking to dramatically increase the level of services for citizens, at lower or equal budgets. In many cases, their very jobs depend on it and it’s a challenge to which many leaders are rising.

The Mayor of Bandung, Indonesia, Mayor Ridwan Kamil is turning to open data and social computing to connect with citizens. More than 2.3 million citizens of Bandung are on Twitter, so the mayor of Bandung also encouraged his staff and different departments to connect with citizens using social media. By adopting these emerging technologies, Bandung is able to create a refreshing atmosphere of transparency and authenticity that raised trust in its government operations.

An interactive citizen portal set up by the city received more than 4,000 complaints almost immediately, and 88% of which were addressed successfully with proof provided in an open forum for confirmation by and for citizens. Details of city budget and spending practices are also freely available online for citizens to scrutinize. Such open initiatives have helped create a transparent atmosphere that curbs corruption and deliver effective services to citizens.

Dramatic increase in the ability of citizens to use smartphones and social computing is also starting to provide cities with rich source of insight and an additional channel for communication. In Singapore, Land Transport Authority (LTA), SMRT, StarHub and IBM are working together to improve transit for commuters using mobile and telecom data of riders and ridership. LTA and its partners are aiming to make their transport systems more people centric and they are using data generated by the riders and administrators of the public transport system alike to make better decisions for collective benefit. Big data can make a big difference in the city-state already, using insights from data; LTA were able to increase the bus fleet by 35% in the last 3 years.