You have all heard the term “smart city” a lot recently. Major cities claim to be “smart”, seminars and conferences pop up everywhere and the “smart”-label is attached to all sorts of technology, and many people start to believe the smart city rise is a mere empty hype. When asked... 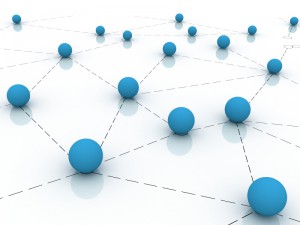 You have all heard the term “smart city” a lot recently. Major cities claim to be “smart”, seminars and conferences pop up everywhere and the “smart”-label is attached to all sorts of technology, and many people start to believe the smart city rise is a mere empty hype. When asked about it, by The Economist, 46% agreed smart cities indeed are a hype, and 54% voted against it. Mixed feelings about this term, I’d say. So what is it?

First let’s start with my definition of a smart city. For me, a smart city means a smart apply of technology, to make cities a better place to live for the people living in it and people using it. In my opinion, a smart city is more about people than about technology. And then it’s easy to see it as an empty hype, because so many people claim to be “into” smart cities and yet nothing big seems to be happening.

So what do you think? And what do I think? First let me state all my reasons for agreeing it’s indeed an empty hype. For one thing, there’s an awful lot of talking about it, and very little doing. Also, it’s very fragmented; all sorts of tiny developments claiming to be smart are rising, yet they’re not connected. “Smart” is applied to basically anything, for reasons of status, stylishness or for the money. Smart cities are seen as THE solution to everything that’s wrong in the city nowadays. And when talking about “smart cities”, it’s not about the people, not about the holistic overview of all these small plans and inventions and not about the bigger view; it’s just about concepts. Not very inspiring then, is it?

So how am I going to find any argument stating smart cities are not a hype? Well, it’s a lot more difficult than agreeing to it. But when looking at everything that is happening now, connecting it all together, all these inventions for fast mobile internet, mobile devices, smart highways, smart lighting, smart grids, 3D printing, apps to connect to your surroundings… All these things imply there’s more going on then meets the eye. And again, it’s not about technology, so what’s invented is less important than what people actually do to make it part of their lives. Embracing technology is what makes a city smart, not technology itself. It’s only reality if you’re willing to see it. And it’s happening intermittently, in confusing leaps, so how are we to notice it but by looking back?

Maybe we need time to realize all that’s happening, and within ten or twenty years, when looking back, it’s all so clear and all so obvious. In any way, I believe we have to encourage these creative inventions… it is a time of trial and error. And I love to be a part of it, because I really believe we’re living in a wonderful era!

Don’t agree that there are so many things happening? Then watch out for the next blogs, because I will tell you more what’s going on!