People don’t want a drill, they want to put up a shelf

Quite recently the Homeowners Association of the building where I live, raised the question whether we should invest in LED-lighting. They hesitated, because “it’s not cheaper”. With the current prices, they are right. But I believe money is the only criterion by which you should judge a new development in...

Quite recently the Homeowners Association of the building where I live, raised the question whether we should invest in LED-lighting. They hesitated, because “it’s not cheaper”. With the current prices, they are right. But I believe money is the only criterion by which you should judge a new development in your organization.
I have come up with as much as seven ‘touchstones’ to check if a new technology is worth investing in. 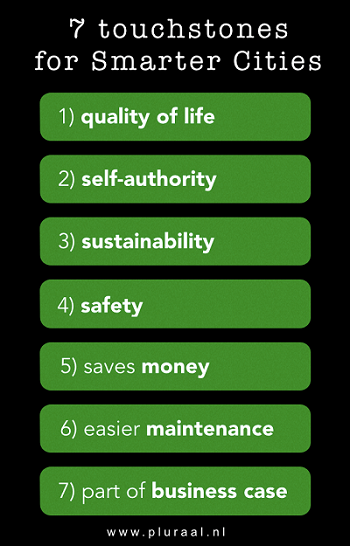 The first touchstone is quality of life. Does the new technique add to the quality of life? In my example of LED-lighting this is not necessarily the case, though you could think of circumstances where it would, like in places where so far no adequate lighting was possible. The technique of LED makes far more possible in lightning than the older techniques. Think about the possibilities of changing color, the feature of LEDS that they don’t warm up en de possibility of different shapes and pointing light in the direction you want. Quality of life is more than techniques: people don’t need a drill but they want to put up a shelf on their wall.

The second touchstone is self-authority. In what way is the new technology making it possible for people to live their lives more independent? Again, not the biggest score on this one for LED, but it’s a relevant question for basically any innovation and implementation. Does the technology make my life simpler? Better to handle at myself?

The third one is sustainability. In terms of the environment, how is the new technology improving the world? For LED, this one is obvious – it’s by far the best way to light a city (in public spaces or buildings). A LED-lamp lives 50 times longer and uses 90% less power than a normal bulb. And it is much environmental-friendlier than CFLs.

The fourth one is safety: is the new technology making life safer for the people using it? This certainly rings true for my example – countless studies have been made where the use of LED in public space is increasing feelings of safeness. Combined with sensor technology, they can burn brighter when someone approaches and dim when there’s no one there. And this is just one example of safety – just Google to find many more.

Of course money plays a big part in whether or not to implement a new technology: this is my touchstone number five. Is it cheaper than the traditional way? Most people don’t hesitate and go for it, if it saves money. Even in my example, I think LED are – despite the initial costs – cheaper in the end, because they save so much on energy costs. And though it’s for most people and companies the first criterion on which they base their decision, I think it’s only valuable in combination with the other six touchstones.

The sixth one then is easier maintenance. In what way is this new technology improving the way we manage our surroundings? In my examples, LED lighting scores positive on this one, because they don’t have to be replaced as often, since their lifespan is many years more than traditional lighting.

The last touchstone then is technology as part of the business model. LED’s don’t generate money, as for instance solar-panels can do, but in the longer term they make the operation period of a building much more feasible.

If you check every innovation or new technology you’re trying to implement on these seven touchstones, and you score a plus on four or more, it’s definitely worth it. Of course you can value one touchstone more than another, which means you weigh the touchstones differently, but still you can now base your decision on a more holistic approach instead of just wondering if it’s cheaper.

Always remember: people want to put on a shelf, they don’t want just a drill. So of course I advised my Homeowners Association to go for LED!