Miami USA: Uber will be legal by end of year 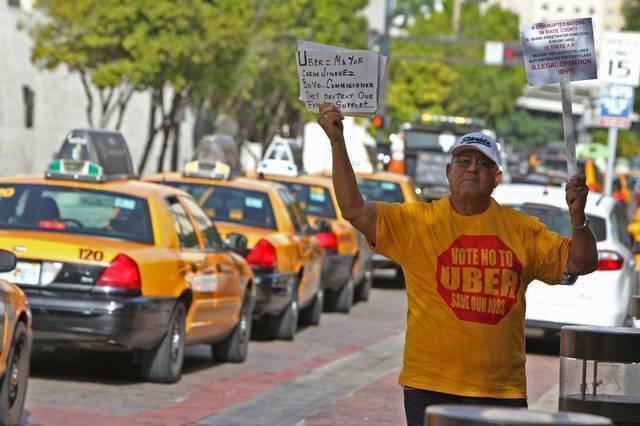 I’M NOT GOING TO DRAG UBER AND LYFT BACK INTO THE 20TH CENTURY. I THINK THE TAXI INDUSTRY HAS TO MOVE INTO THE 21ST. >> Miami-Dade Mayor Carlos Gimenez

Ride-hailing companies like Uber and Lyft will be legal in Miami-Dade by the end of the year, Mayor Carlos Gimenez predicted Monday as he promised a major rewrite of county taxi laws that would deregulate “a substantial part” of the cab industry.